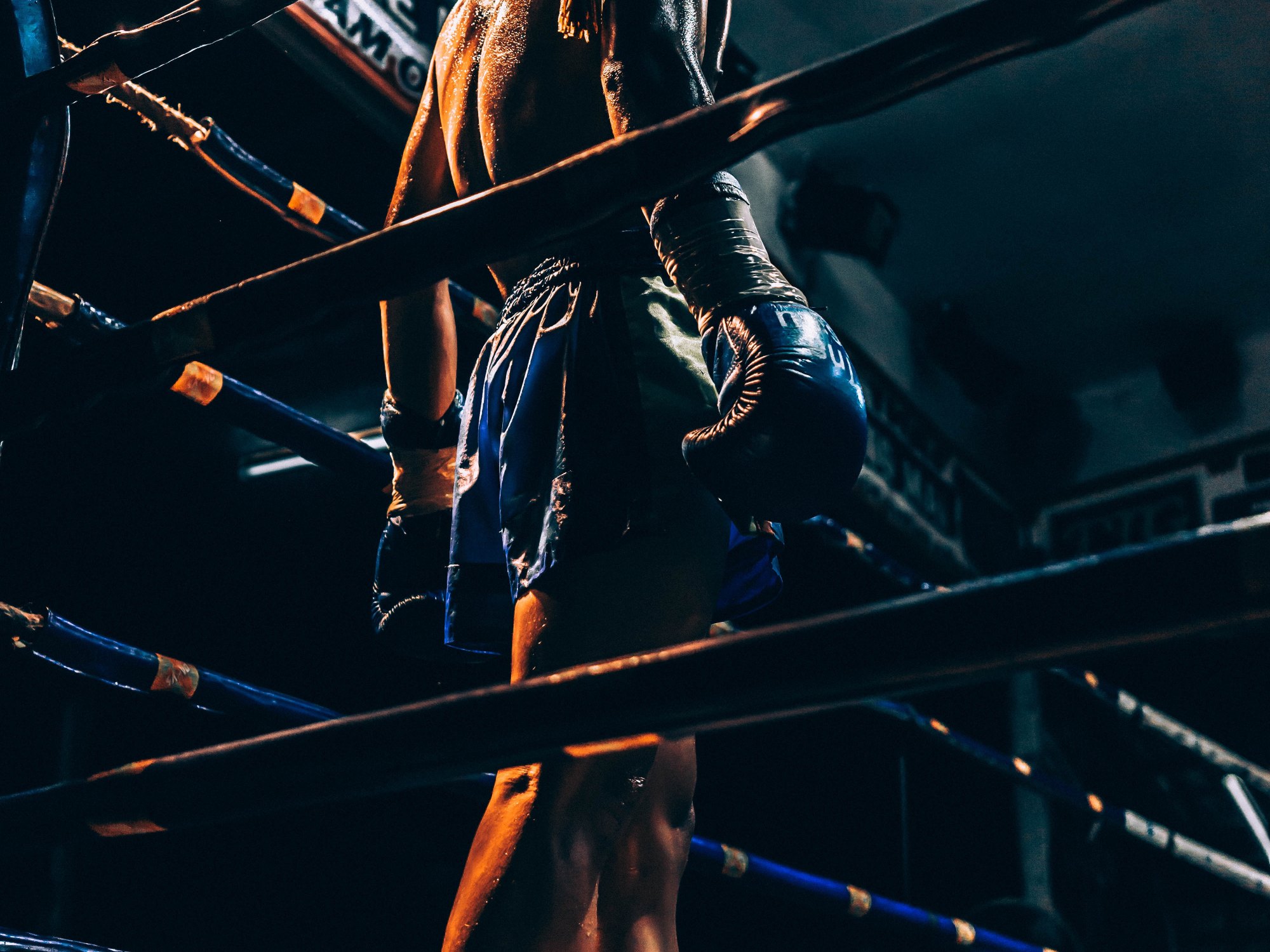 The truth is I’ve always been a writer. Despite growing up knowing one day I’d have to become a fighter, I’d do it when I felt like it because I can write about it. As a male of modern society, we at some point in our adolescent or childhood stages of life face the mindful transition from abstract storytelling with our toys, to dealing with the ideals of the real world. The world people around us created. Most of us just go along with that fuss. I did until my anxiety nearly caused me to bust. In my poetic, neurotic writing style, I’ll take you into my journey of thoughts where I create chaotic battlefields of words, explaining the story of my journey from chronic migraines after working out, to running miles up hilltops, boxing, and mentally being able to do things I once thought only pro-athletes could do. Follow WHY I glorify my story. It may inspire you to leap harder your next try. (Feature photo by Ryan Tang)

To a Warrior once drowned, self petty of worries; and migraines pertaining drunken stories.

A dream, a story, once portrayed in a crooked frame. But eight hours of it he was frustrated, again, more worry to tame.

You get what you inspect, not what you expect. For the rain falls all the time, yet we’ll talk about it as if it were crime.

But the warrior’s story is not of the rain, yet a stable aspect of it. A challenge in sight, wet and cold; upon a rock so bold, we beast run to troll.

Upon these Hilltops of glory, a prior halt glorifies a story. If you’ve read my stories, no need to reiterate past worries.

As if the people feel empty, needing a void to fill despite the world having plenty.

The black space is yours, go fill it; for love is patient, the void awaits it.

Dust particles, ever heard of those?

I thought I was going to be one of those basketball players; back when I often mentioned this dream in my prayers.

But so early, I gave up the ball glory.

Later understanding it’s more than just a one in a million calling. Fuck you Spaulding.

Didn’t succeed there and still writes a fighter’s journey; of running up my Hilltops of glory. Revisiting dreams of past writings and worries.

On the run from what freed my corporate story. Meanwhile, forgetting what aspires a dream of worldly exploring.

Follow my dream and read the rest of my blurting. Understanding my WHY, and the runs up those Hilltops of glory.

You’ll soon see in the fighting warrior, what lies a significant roaring boy of peace and novelty.

So for all of you who cannot read me, honesty’s my dignity, I come off intimating, but trust me I hold a balance of ease.

My story began in black. My light’s the contrast I attract.

After years of migraines which I thought would alter my story, I kept writing so no fool could re-write what’s boring.

Anxiety of the mind, and often physically defeated. Migraines of mine, my eyes hated the sunlight beaming.

I never thought daily vitamins would help me run up hills at such a steady pace, beneath a sun as its synergy pulls me up like a heat wave.

I once thought that would kill me. But I’m good now.

My beast wakes me up as I breathe me…

…into the light, and seek our light shining into empty spaces. If you decide to fill it, you’re now a breathing spaceship.

Flying in light where dust will glide. Like a beast so lite in this memo I type. To a negro near you that my head’s alright.

6 thoughts on “Memo To Warrior”

📜✍🏾
✍🏾
LISTEN TO MY TREE GROW | Available on Amazon | Links in the bio — more at VehicleDigest.net 📖
Writer of stuff… 👨🏾‍💻
When fall arrives, creatives all rise.
Lately on stage with it… and again, this Sunday. First of an Autumn voice.
One By Wings…
Checkout the Latest Chapter (Journal) Preview of RIGIL — link to ‘Where BuddWrites’ in the bio..
‘An Eye Between My Haiku’