A Solace in Flight

After traveling to Iceland, Manchester (UK) and Oslo, Norway in 2015, the solo journey brought me to a new height of self-affirmation. I wanted to share the origins of my passion for travel because it literally goes back to the day I first flew. It also changed my perception of the world as I noticed people all over are similar in many unique driven ways. Even though geography and life experiences [mostly] make us different, we all depict each other to be so different from one another. The Swastiska is for perception and I has no political affiliation. There are emotional extracts in what I published below because of the circumstances I allowed myself to be in at the time. it’s a part of my story but not entirely who I am.

I no longer considered it a solace when it became a part of my job, but that’s all about perspective one could argue. Inspired by Flight…

A Solace in Flight

“I’ll go back to Manhattan…”, Nora Jones’s ballad is soothing to the ear at 37,000 feet above sea level, over the Davis Strait to be specific. While in route to the northwest regions of Europe on Iceland Air’s finest 757-300 I probably could have paid the unnecessary fee for an aisle or window seat, but middle seat it was. 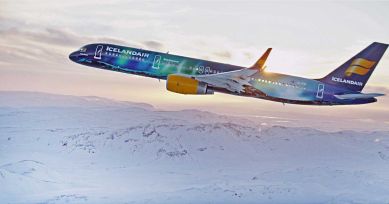 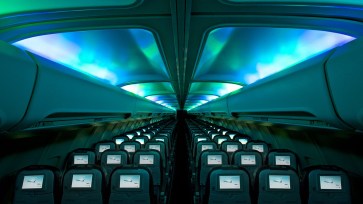 To my left an elder lady and to my right a middle-aged woman who’s getting the most of Jada Pinkett-Smith displaying her years of acting fruition, watching a marathon of Gotham.  In a perfect world, my two drops of melatonin put me in deep sleep and I’ll wake up in this pretty Icelandair bird on its final approach into Keflavik International Airport.

However, I’m coming upon 29 years of age and I can say we are not in a perfect world. I also didn’t fly on the Vatnajökull.

The truth is, she’s not coming back. A heartbreak will not always get better over time, and decisions we make in life we must ‘adult’ with daily. There remained 3 hours on that flight where I reflected on life. It was very boring but at ease.

My first flight in life was in 1996, from PDX to STL on Trans World Airlines in a McDonnell Douglas MD-80 aircraft. TWA at the time was the world’s most recognizable inter-continental airline, alongside Pan American World Airways. Despite 71 years of successful operations TWA unfortunately went bankrupt in 1992, later in 2001 TWA was bought out by American Airlines.

On July 17th, 1996 at approximately 1730 PDT, Trans World Airlines flight 800 explodes and crashes into the Atlantic Ocean near East Moriches, NY. Meanwhile in Portland Oregon, I’m gearing up for my first flight which happens to be on TWA. So, in retrospect, I’m a 9-year-old boy getting ready for his first flight and the CNN breaking news is flashing to the tune of 230 passengers being killed in a tragic TWA flight explosion.

Months leading up to midnight, July 18th 1996, TWA was my bridge to a dream coming true. In the summer of ’96, I frequently watched movies that had a theme of travel or more importantly the theme of flight; North, Radio Flyer, Fly Home With Me. I often studied the aircrafts, aeronautical, and aerospace section of my parent’s 1976 encyclopedia collection and got a comprehensive understanding of a flight’s process.

This contributed greatly to my infatuation with airplanes over that anticipating period.  I even experimented with building an aircraft at 9 years of age, but it was ceased by my father, all for the better however. I was originally going to use the lawn mower engine as my Honda sponsored ‘aircraft’.

Good thing my dad caught me just after the wings were done. They never knew what I was doing out in the backyard.

At PDX, roughly 15 minutes following my first steps onto TWA’s MD-80 aircraft, and after tightening my seat-belt every 2 minutes, the first captain announces the we all have a moment of silence for the 230 lives that were lost in TWA Flight 800’s crash just 6 hours prior to our departure. I remember being a little sad, maybe nervous for a good reason. I was naive to flying; I barely understood turbulence even though I could explain it at the time. 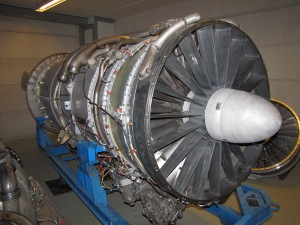 Considering my comprehension on how an aircraft flew, I was oblivious to how an aircraft actually took off into the air. When the Pratt & Whitney JT8D turbofan engines fired up on the MD-80 after an anticipating 14 minutes of taxi time, I can honestly say that my whole world changed. Every take off since then, I’m taken back to that moment in trance of my first flight but into take off.

My back being pressed against my seat, and feeling my internal organs lighten up as we lifted off. Meanwhile looking out the window, as my city’s landscape and lights scattered like a computer’s motherboard. Portland was beautiful. A somber flight to say the least and I thanked the pilot for the words of ease, at 9.

I also thanked him for letting me see my city from above for the first time.

So, regarding my love for speed, not the amphetamine I got tricked into trying one time, but rather the motion a vehicle puts you in, I was hooked! From my very first Honda Accord, to the 300HP BMW I drive now, I love picking up speed on the freeway entrance ramp. Nothing close to the Pratt & Whitney jet, only because I have to let up at 78 knots, which is about 90mph otherwise police get offended.

If I have to set the tone for every flight I’ve been on, I would definitely suggest a solace aptitude. How does everyone else define the hours in between wheels up and wheels down?

I once flew Allegiant Airlines from LAS to EUG which is about an hour and twenty-minute flight; back then it was hard times in reality but I was at peace up in the air. It was honestly hell on earth but heaven in the skies for me. Whatever I was going through on earth during that flight was irrelevant to me at 30K+ feet.

However, for me, location never eased any pain, but it was something about altitude.

Once we landed I hated life again. I wish I could have owned an M5 or some type of high torque Euro sport beast to cruise I-5 back home after wheels down in Eugene. Unfortunately, back then I couldn’t afford a BMW, I barely could afford the plane ticket but I would always fiend for that moment in trance during take-off.

Perspective, in terms of depicting volumes in space, changing a vision or an emotion. For this matter I’m hoping to feel the best of an airline’s Southern Comfort [Whiskey] when I fly. Because my perspective evolves at higher altitudes, maybe I should have smoked on the ground.

I like to change my reality in the moment, compartmentalize. Think as if you’re watching a movie and you start to cry at the end, Toy Story 3, Titanic, Furious 7…An extended reality nevertheless it’s over when the black and white credits ascend up your television screen. How did you put yourself in that emotional state? Maybe it’s the magic in the non-diegetic music, or the cinematic skills of the film producers?

Your subconscious wouldn’t know the difference.

Fact, in terms of what exist, what happened, or simply the truth. As the swastika originally and still is a Buddhist religious symbol. Prior to WW-II Nazi Germans adopted it into their party and now is largely seen as a white supremacy symbol in most western territories. This obviously was not good for the symbol, but it simply explains perspective. Perspective based on facts and what Nazi Germans did with the symbol. The meaning has different perspectives, but history tells a scary story behind it today.

Whichever meaning you decide may be up to you, or your knowledge of facts. But I hate to give the enemy the benefit of their victimizing habits. One man’s evil meaning doesn’t have to be a stigma to you.

Fact is, I was simply on a plane bored, and I allowed time to do what it did. And even though I hadn’t flown before my first flight on TWA July 18th, one moment in trance changed my way of flying. And even though most of us will never be the victim of a violent crime, a tragic event or natural disaster, roughly 20% of Americans worry about it. From their perspective, the chances of it happening are high, but in reality only 1 in 18,690 people will become victims. Now that might be a totally different discussion in perspective but understand that the idea of reality people create for themselves is simply how they want to see it.

I hate presenting numbers because of the potential bias’s, but 20% of people worrying about an event that has a .00005% chance of occurring to them is whatever man… Just be careful out there!

So, who wins? Perspective against facts or reality – mano-a-mano. I will say, you don’t want your reality to be skewed by your perspective because you may in fact live irrational facts.

But in-flight it doesn’t matter.

Posted in Explorations of Past, In Flight

Born and raised in Portland, Oregon, I began publishing content on VehicleDigest the Instagram account, now BuddWrites, to inspire my creative mind. Today, VehicleDigest.net is the publishing platform for content related to Budd's books, speaking endeavors, and art. “The world around us is our vehicle, what you'll read is how I digest it.” -Budd