Hilltops of Glory; the hill down the street from my home, the one I told you all about in my other story.

I ran it again to ensure I put glory to this story. I think it’ll be the last you’ll ever hear of my past worries. Because I’ve got work to do. Writing to inspire you.

Last week I got three articles published, and two editorials reviewed. I invoiced them for payment; I used to do this for corporate America confused.

Yesterday’s run up the Hilltop of glory, completed how I’d tell this story. 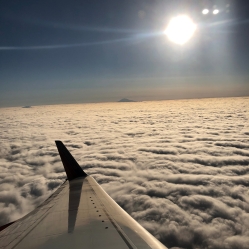 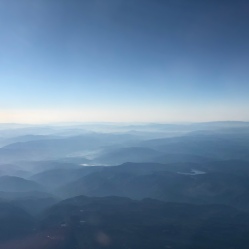 I felt that my father never respected my infatuations with airplanes. When I was 9 years old, he didn’t respect the aircraft I had planned to build in our backyard. I drew up a blueprint by watching the movie Radio Flyer 10 times and actually began building a single engine aircraft.

I got as far as the wooden tail, dad somehow found it in the garage, ripped it a part, and then I went back to writing in my dear Journal. Spoiled lil’ boi, can’t take an eye off his boy.

Scrolling through my explore page on Instagram, I came across a big enough airplane already built, and with a Tiger on it! Commands respect, right? I keep reiterating that I got a story to tell that revives respect, alright. Never thought I’d see a Tiger fly; never thought I’d get pushed this far for a once significant December cry. (photo © Suparat Chairatprasert)

You know what it’s about, the runs up my Hilltop of glory. If you read about my nice BMW, you understand there is much more to the story.

Came to Fruition a little early, like a flight’s wheels down, schedule padding.

November 28th, 2016, I saw my Father last smile at me. He passed me the torch, as if he knew he was departing Mt Zion from its viewing porch.

Sick, post-surgery. He had pneumonia. He didn’t smile nor awake all the prior week.

Until the next Monday when I walked in.

He was done with life’s pain, fighting with no gain, and seeing life external in sorrow crying for his pain.

I respected his unfear for dying; that’s why it sanctified me.

Several Decembers ago, I envisioned that song at his or my funeral.

In his story, he once celebrated his abuser’s death; from childhood whips, lashes, unbearable crying and often lost breath.

That was the last story he told to me. I recall him in his walker, reminiscing the funeral, he laughed then too!

I then asked, “that’s family, after death aren’t you supposed to have humility and gratitude!!?”

Death not only seizes the conscious pain in life, but also the vain of living life.

His response, “Who gave a fuck for that sinner’s life!”

Maybe to him it was all still happening.

Question, answer and a discussion he was honest about his mind’s past happenings.

Peaceful, understanding, tell the story of an outstanding man’s run up life’s Hilltops of glory.

Jah man, a small axe to cut down you tree.

All that money to keep the sick alive, barely can afford the hilltop memorial after they die.

Would have buried him on the hilltop down the street from my blue home. The one I write daily at telling the stories untold.

His mother, my mom’s mother, both buried on the west side’s Hilltops of glory.

All soon to be part of another significant story.

Because I am the small axe running up the Hilltops of glory.

Ending this chapter of my story, a little early. Schedule padding. 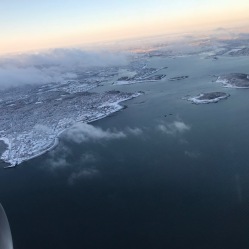 November 26th, 2016 I met and respected who would then become the destined aloha of Queens.

We told the part of our story, where our ancestors are buried on the same Hilltops of glory.

I said I’d complete my story, up my last run up the Hilltop of glory.

I figured it could inspire why, I remember December was once a significant cry.

On my runs, like in-flight, we spoke up the Hilltop. I walked right back through the pain of a December to remember. The run was getting painful up the Hilltop of glory, but he told me to, “listen up! If you need help ending this story…”

And never would I have thought, he’d say that ever in a million, billion, trillion, miles, or years away.

I continued running up hill, painfully I fought.

But we were in Contact, as I ran light-years up the Hilltop of glory.

His stories are painfully sad.

December 14th, 2016, that night after leaving him driving home in my first BMW, I almost killed myself, spun-out, lost that BMW.

In the last snow storm of fear. Portland’s were brutal that year, a December to remember.

My father hated the holiday season, Decembers were blissful to remember.

There was one year I should have let him know, a December I’d like to have back to remember.

So he left a little early. Schedule padding. 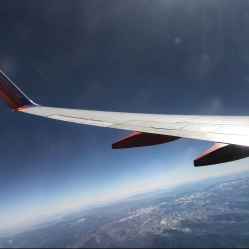 Another December to remember.

On the run back down the Hilltop of glory, I should have let him know I had envisioned something better for us both after these painful Decembers we remembered. A story I should have told him, I envisioned it perfectly.

Dad,
We both made it up top Mt Zion. My home down below your thrown.

Blue like we both once grew together and had known.

You rest well, as I write and dwell.

Runs in my city down there are magnificent over the bridges at night; canvased by beautiful dark city skies, shines bright!

I feel a black effect.

Moving in with Rocky, running up this Hilltop of glory.

I started boxing like you dad to inspire and finish your story.

I’m writing daily despite, this past year aviation paying me nice.

The people tell me I’m nice.
But I’m writing to show the people I’ve always been writing, remember me always watching Doug at night?

You left when we met. The one you saw a couple times up there next to me in-flight.

Is that why you smiled? You knew everything would be alright?

Brazil, Europe, Africa, Asia and back to the Nordic.
Next year the world to see.
Overseas many times in 2019, I’m sure often up there in-flight we’ll speak.

Eating like a king today. I know this isn’t real, but the longer I dream you stay.
Drives significant that inspire.

A smoking nook that helps define my deep fear and desire. A mindset above and obedient of death.

Unfearful of it like you dad, don’t you regret those Decembers we forget?

Life can be beautiful down there, did you speak with my grandma Joe yet?
She never thought I could be a pilot? Airplanes first inspired it.

Descending over the other cities remind me of the elegant ways you showed me to go at the old world down there.

Rich in gold they thought, leaving a Warrior now for his family he’ll fought.

But that’s also why, there’s a significant reason in December I cry.

I ran up this Hilltop of glory. To inspire your story. You inspire me dad, I never told you that.

I told the people this would be the last I’d tell this story, about our talks on my runs up this Hilltop of glory.

I had to get the end of the story from you. Writing isn’t easy. But I trust I got your respect and gratitude.

Teddy Pendergrass. I run fast at the end through the field of grass.

See, that’s my backyard dad, down from this Hilltop run. I ran so much faster, I even beat my ego’s trespasser.

Like the December night I remember, you left this earth overnight in peace looking slender.

Continue to rest well up here.

BTW what about Grandma Dear? Did you ask her about that pre-maternal fear?

I was recently told the story of how you were never suppose to be here.

You continue to rest well, Sorry, I write a lot.

But I’m a little early for the December to remember.

I got inspired a little early. Because I’m writing much early. Schedule padding y’all.

But up the Hilltops of glory, I’m early to tell all my stories.

May the powers that be someday tell the people further why, but today I’ll tell the world December is the reason I glorify my once significant cry.

The last leaf on the tree outside my home is still hanging, one last leaf to fall.

It’s not Winter, I’m still writing in Autumn after all. Maybe I shouldn’t be surprised by the last leaf yet to fall, because there’s still a couple weeks left in Fall.

Early to tell my story too, I planned this for years later if I can recall it due.

But that’s schedule padding, up the Hilltops of glory.

Posted in A Warrior Running In Faith

Born and raised in Portland, Oregon, Budd writes to encourage readers to explore the depths of their inner ocean, an unexplored self, because it's fun once you get through the emotional part... “The world around us is our vehicle, what you'll read is how I digest it.” -Budd

8 Comment on “December’s Story, Told Up Hilltops of Glory”